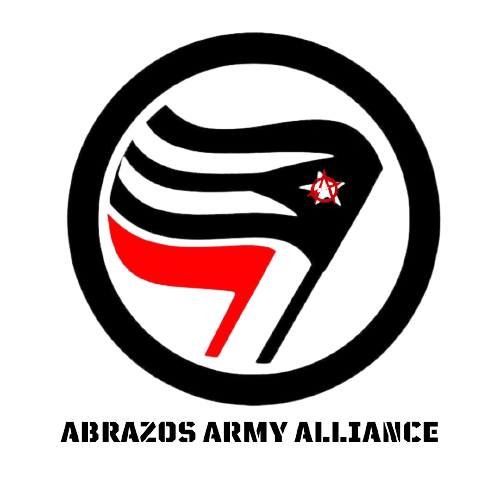 Back in the day (before today), our creativity was crafted within the confines of land-mines during a time when amerikkka had buffed the barrios off the map(s) of their state (of mind). We seized that sense of street-self-rule to self-express ourselves openly from outside of their genrecide and salsabotage their system. We made magic (with markers), created culture (on the corner); built bridges beyond (their) borders and ricanstructed pyramids (from the projects). Just as all imperialists invade, infect, kill and con-quer, the colonizer corporations have encircled and locked down our calle cultures. Currently, our creations are colonized, co-opted/controlled by capital(ism) with the corporations making mucho money off the many/masses/massive. But we can/will do-for-self and take care of our own, but first we need to achieve complete artonomy (with)in our image-i-nation(s) in order to flourish in full flavor. With a re-invigorated resistance and a radical artonomy will also come a new right/freedom to self-express without hindrance or hi(gh)-jacking. This means no conditions/rules/laws/con-trolls/con-tracts/co-optation coming from with-out placed within our creative communities and inside our insubordinate image-i-nations.

The Abrazos Army Alliance (AAA) is an anti-corporate DIY movement of the masses/massive against authority on a quest for complete artonomy and free-dome. These are our aims:

1. We want to kill colonialism/Imperialism

The United Nations' list of Non-Self-Governing Territories says that “Immediate steps shall be taken in all other territories which have not yet attained independence, to transfer all powers to the peoples of those territories... in order to enable them to enjoy complete independence and freedom.” More than 80 former colonies have gained independence since the creation of the United Nations in 1945, but Puerto Rico, which hasn't had any “power” in it's own hands for over 500 years, and which is one of the oldest colonies on the planet, was removed from the UN list in 1953, when it was re-named a “commonwealth” by the u.s. government colonizers. A complete end to colonialism/imperialism/white supremacy, wherever it exist, will bring about an end to all it's offspring, including racism/sexism/fascism/homophobia and all dem other isms and scisms. We demand non-conditional/total real(ity) liberation for Puerto Rico/Puerto Ricans and all other (internal and external) colonies that exist in the world (and in our heads) today, by (m)any means necessary.

The sub-verses Street culture(s) ciphers of NYC that came after the state-sponsored decimation/de-concentration of the Black/NuyoRican (em)Power movement(s) of the 1960's, started out as a poverty-stricken product of the ghetto; an uprising of the subversive salsabotage HipHop "have nots" and a radical rap revolu-tion. But as early as 1983, Coca Cola was the first major corporation to sponsor a "Rap and Breakdance" contest at Radio City Music Hall, and now HipHop has become a multi platinum-plated "success story" and a multi-billion dollar corporate industry. Today, America's top "Hip Hop" artists have found peace with Amerika by getting a piece of amerika and rappers have gone from "tryna make a dollar out of 15 cents" to "give me fifty-million or imma quit!" But even as a few mogul-MCs cash in they chips and sell they soul(s) to the highest/lowest bidder/biter, the ghetto is in worse shape than ever and the ghetto dwellas still deal with(in) a world where "a nickel still cost a dime." We demand an end to the divestment of dollars (and natural resources) by the corporations and a stop to bizness as usual in the 'hood/barrio! For our homegrown cultures to be (a)live, capitalism must be dead(ed)!

3. We want free(dom) education for all

Malcolm X said, "Only a fool would allow his enemy to educate his children," Assata Shakur said that “no one is going to give you the education you need to overthrow them,” and el Che said, "Education is the property of no one. It belongs to the people as a whole, and if education is not given to the people, they will have to take it." In 2018, 5.2% of white students in the U.S. dropped out of high school compared to 6.4% of Black students, and 8.0% of Latin@ students, and every year, over 1.2 million students drop out of high school in the United States alone, and 60% of Black students who dropped out went on to do time in prison! Our gente continue to be mis-educated/provided with in-adequate conditions and no hope to formulate a future (with)in they schools just as they/we continue to be "taught" by the(ir) enemy. We want Free(dom) schools with(in) our 'hoods that engender creativity, fun-ded and run (only) by our 'hood/barrio community(s).

4. We want decent space/shelter for all

Everyone has a right to a space/shelter/studio regardless of title/deed/class/status, and no one is born under the tag of "homeless." 1 billion people do not have suitable housing on this (Black) planet, 100 million have no housing at all, and there are about 500 million people in the world today who are considered homeless. But "abandoned" buildings continue to be ware-housed (with)in the 'hood and luxury condos continue to be built(up). We demand adequate space for all and reserve the right/write to "squat the condos" and any/all so-called "private property" that exist!

5. We want health-full food/eats for all

We ALL deserve nutritious/real food regardless of wealth or the lack of it. 34 million children on this (Black) planet suffer from malnutrition, and worldwide, at least 1 million mal-nutritioned children die every year. New York City has 3,419 fast food spots since 2017 and the Bronx, which is the "unhealthiest" part of NYC, has become the number one area for fast food franchises, jumping from 809 locations in 2011 to 907 by 2017. We demand the removal of health-less fast food from the 'hood and re-placement with community controlled health-full food co-op shops/spots and gardens for all.

In 1983, A graffiti writer named Michael Stewart who was writing on a wall in a NYC subway station was arrested by a Transit cop, beaten and murdered for daring to re-create. The NYPD continues to target Black/Latin@ 'hoods/barrios with their “broken window theories,' ' where in 2013, 160,149 Black/Latin@ people were stopped and frisked by police. A former NYPD Commissioner stated that he created "the NYPD's own counter-terrorism unit, prepared for many scenarios" and one former Mayor of NYC declared “I have my own army in the NYPD, which is the seventh biggest army in the world." The rich/powerful in NYC (and elsewhere) are waging a war of extermination against our communities, and their frontline army is the Police. We want a cop stopped community!

7. We want to destroy the(y) prisons

Huey Newton said that "There will be no prison which can hold our movement down... The walls, the bars, the guns and the guards can never encircle or hold down the idea of the people." But currently 10,000 Bronxites are doing time and the u.s. has the highest documented incarceration rate on the planet and imprisons more of its youth than any other country in the world. In 1970 there were a total of 100,000 Black men in prison, by 2009 there were 1 million. Black people account for 39.4 of the total prison population in the u.s., although they comprise only 13.6 of the u.s. population, and Latin@s comprise 20.6 of the total prison population even though they are only 16.3 percent of the u.s. population. Puerto Ricans have the highest incarceration rate among so-called Latin@s in the u.s. and are up to six times more likely to be incarcerated than whites. We want the de-construction of the(y) prisons riot now!!!.

8. We want to free all political prisoners/prisoners of war

The u.s. currently has over 100 people imprisoned for idea(ology), and worldwide there are thousands of political prisoners. Most of amerikas political prisoners were victims of the fbi's COINTELPRO war on us, or of the u.s. post-911 “terrorists” witch hunts. But there are also millions of American citizens (and world citizens) in the criminal in-justice shitstem who are pawns to they politricks. The criminalizing of an artivity and the pursuit,/arrest/incarceration of people engaged in those artivitiez have political results that affect the 'hood/barrio too. Even though the former political prisoner, Oscar Lopez Rivera says that “we can be creative even in the urns of hell,” we will continue to call to end the(y) prisons, and demand the freedom of all political prisoners and prisoners of war now!

9. We want to cancel the(y) Military

A 2011 study found that Black women now represent nearly a third of all the women in tha u.s. armed forces, and the Pentagon’s personnel records reveal that in East Harlem, NYC in 2004, over 90% of the enlistees into the u.s. military were Latin@ and the percentage of recruits from East Harlem was 15 times higher than that of the wealthy (and largely white) Upper East Side, which is located right below East Harlem. In the South Bronx, which has the largest population of Puerto Ricans in NYC, the number of recruits into the u.s. military in 2005 was 38 times higher than that of the Upper East Side. And since World War II, Puerto Rico has suffered more casualties per-capita than any other u.s. jurisdiction, and the rate is among the highest in the conflicts in Iraq and Afghanistan, according to Pentagon statistics. The u.s. military draft ended in 1973, but the u.s. military still recruits in disproportionate numbers amongst the poor/within the Ghetto(s), trains its troops to police/control the slum streets of amerika if/when necessary (if they cops can’t), and still engages in wars/occupations all over the (Black) planet. We demand an end to they military in the 'hood and the removal of they armies all over this (black) planet!

10. We want to decolonize our culture(s)

Elvis was a hero to most (and the "King" of Rock n Roll), but Rock was created by Black musicians who remain(ed) mostly nameless/throne-less, and eminem remains the biggest selling Rapper of all time. Basquiat once lived in a box, scrawled on walls and died at the age of 27 in 1988, but in 2017, a skull he painted sold for 110.5 million dollars which is the highest price ever paid for the work of an African (American) artists. Meanwhile, African/Indigenous art(ifacts) created by unnamed/unknown artisans are " owned by museums in Europe and the United States or held captive on the auction (block). Article 31 1 of the United Nations Declaration on the Rights of Indigenous peoples states that "indigenous peoples have the right to maintain, control, protect and develop their cultural heritage, traditional knowledge and traditional cultural expressions." Khalid Muhammad pointed out that "once we were brought here, we were robbed of our names, robbed of our language, we lost our religion, our culture, our God," and Amiri Baraka reminds us that "you can't steal nothing from the white man, he's already stole it." We have a right to rack back our revolú, re-appropriate all and take back our turf, "because, as Cyrus said, it's all our turf!"