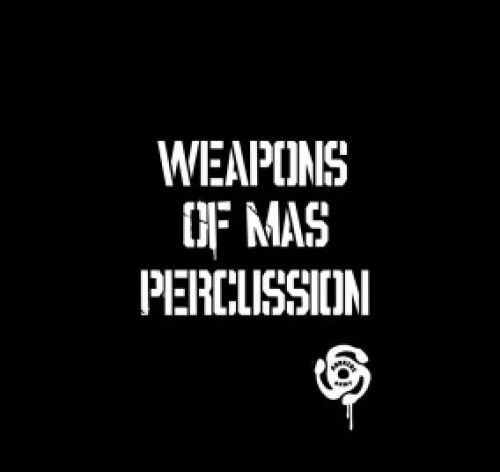 The Nigerian drummer, educator, and social activist, Babatunde Olatunji said that "now's the time to corrupt the world with drum, dance and chants." During the Middle Passage, enslaved Africans were encouraged to beat the drum. The hope was that beating the drum would keep their morale as high as possible. But upon arrival in the Americas, beating the drum was forbidden for most slaves because slave owners feared the defiant and rebellious influence that beating the drums might have on their slaves. Nevertheless, the drum continued its journey, and accompanied Black slaves everywhere they went, influencing or creating new musical and artistic genres, including the Blues, Jazz, Rock N Roll, Salsa and Hip-Hop. But the influence of drums went way beyond music alone. Drums also galvanized the fighting spirit and resistance movements of enslaved and colonized Africans during rebellions throughout the America's.

Led by singer/sonero/mc, Prophet aka Not4Prophet, Abrazos Army's commando unit, Weapons of Mas Percussion, consisting of drums/tambores, other instruments of percussion and the human voice is specially trained, equipped and designed to carry out rhythm raids and resistance rebellions on short notice.