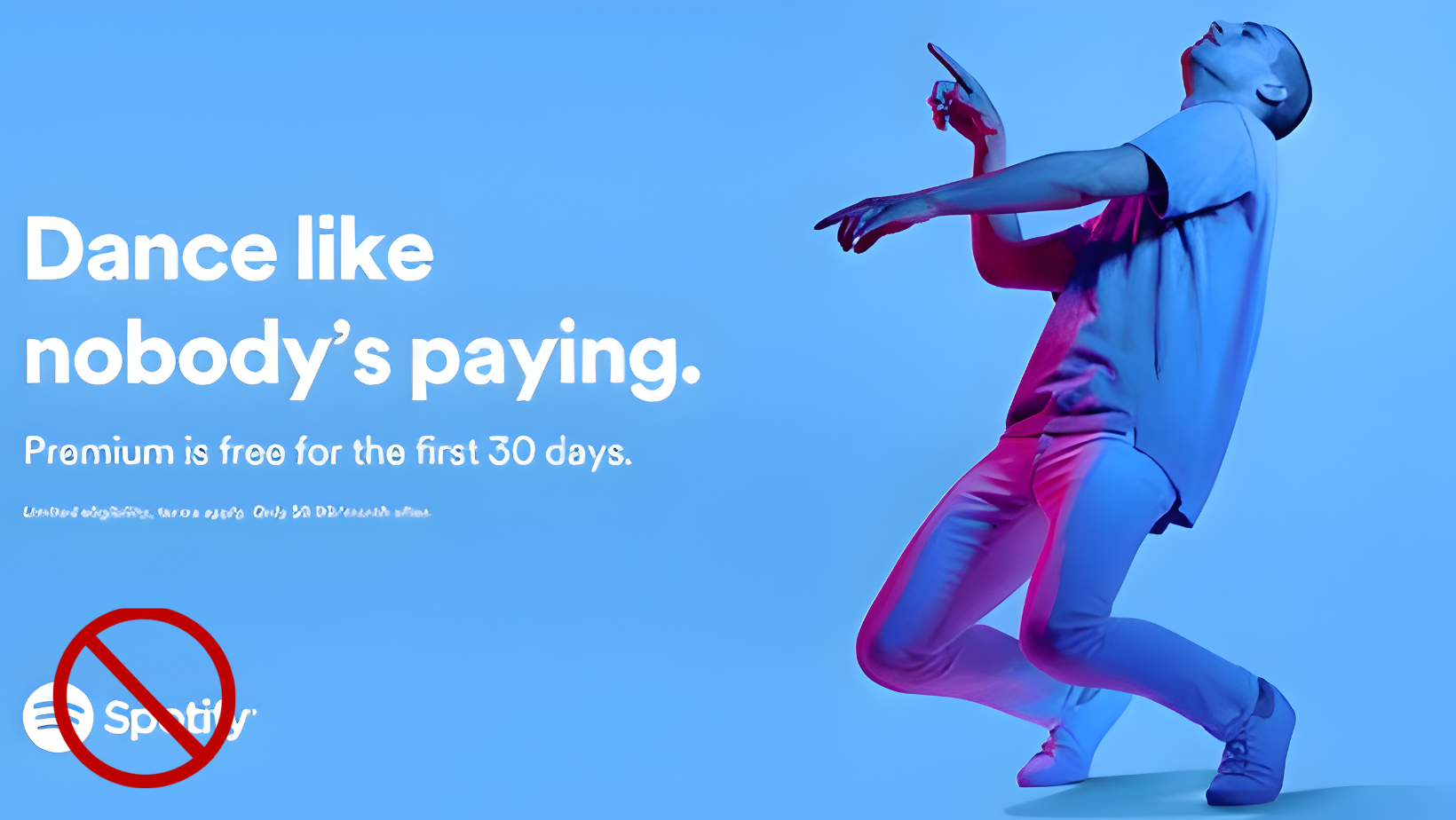 “People involved in a revolution don’t become part of the system; they destroy the system " - Malcolm X

“The revolution is not an apple that falls when it is ripe! You must make it fall” - Che Guevara

The 1970’s Rock music legend, Neil Young recently posted an open letter online calling for the removal of all his music from Spotify as a protest against that streaming companies most popular podcast, “The Joe Rogan Experience,” which has been called out for spreading misinformation about the coronavirus and vaccines. The man who gave us Keep On Rockin’ in the Free World wrote

“To the musicians and creators in the world, I say this: You must be able to find a better place than Spotify to be home to your art.”

Fellow 1970’s music icon, Joni Mitchell also requested her music be removed from Spotify stating “I stand in solidarity with Neil Young and the global scientific and medical communities on this issue.” Somewhat less vintage singer, India Arie put a bit of a twist on things when she requested her music be removed from Spotify because that sucka, Joe Rogan is a straight up racist simple and plain (my emphasis added) stating that

“Spotify is built on the back of the music streaming. So they take this money that’s built from streaming and they pay this guy $100 million, but they pay us .003% of a penny?”

In response to the Neil Young inspired pop-star protest against Spotify, the American media website CNET wrote that while the “era of the political-protest artist may not be dead,” it will require protest from recording artist who are “bigger now than Neil Young if they're going to spur Spotify to cancel Joe Rogan.” Ok, fine, but is Joe Rogan and his ilk spewing their spunk all over Spotify the only issue we should be having with all them streaming platforms?

The MP3 computer file (which compresses data for images and music) was introduced in the late 1980’s. MP3’s made downloading and copying music files on a computer and CD "burner" easy. The explosion in illegal music downloads began in 1999 When a nineteen year old college student developed an easy way to find and download MP3 music files over the Internet.The two young inventors of Napster were big fans of Compact Discs. According to Rolling Stone magazine, their apartment was “crammed ceiling to floor with CD’s” and they saw their new invention “as a way to discover new albums worth buying.” Napster, a "peer-to-peer" file sharing method, allowed users to download songs for free. The hard rhymer, Chuck D of Public Enemy was an early advocates of both MP3’s and Napster, stating that

The year before Napster came into existence, I had released my debut album with my first band, a DIY (that’s Do It Yourself for all y'all who ain’t down with the dirt roots) Puerto Rican political Punk band called RICANSTRUCTION, on an independent record label called CBGB Records (yes, that CBGB). My band was staunchly independent and anti-corporate and knew damn well that we would never ever get (or want) our music on the (commercial) radio, our videos on MTV (or our picture on the cover of the Rolling Stone), so to us Napster was not only a promotional tool but also a viable weapon against “the machine” and a (real) way to fight the powers that be! Why not get ya music to the masses without no son of a slave master middle man?! And why the hell isn’t music FREE for the people?! But in 1999, the music industry (with a little help from its brothers in arms, Metallica) sued Napster, and in 2002, a federal appeals court ruled that Napster was liable for copyright violations because it allowed millions of users to download music free of charge. Napster shut down its servers, went bankrupt and went out of business in 2002, returning in 2003 as a “legitimate” download-for-pay service.

Spotify was founded in 2006 and by 2021 the company had 180 million paying subscribers. Also in 2021, several major streaming services including Spotify proposed the “lowest royalty rates in history” ahead of a royalty rates review in the U.S. According to Variety magazine, it takes an average of 336,842 streams of an artist's music to generate $1472, which is the minimum wage pay in the United States. As early as 2007, the artist formerly and forever known as Prince, who compared record deals to “slavery,” encouraged recording artists NOT to put our music/creativity/work online at all for all to have/plunder/steal for FREE/GRATIS (and he kept his off there as long as he could). In 2015 (the year before he died) Prince declared that “the internet is over for those who want to get paid respectably.” That same year, he had all his songs removed from nearly every streaming service, including Spotify, stating that

"Essentially, streaming has offered labels the ability to pay themselves twice while reducing what is owed to artists…”

And, of course, Prince was right on! A stat from the Recording Music Association of America (those same RIAA folks who sued Napster), reveals that overall revenues in the U.S. recorded music industry grew 12% to $9.8 billion in 2017 driven by Spotify, Apple, Amazon Music, Pandora, TIDAL and other streaming platforms. And according to Forbes, as of 2021 Spotify pays roughly $3000 - $6000 for 1 million plays of a song to artists, which comes out to about 4.5 cents per stream. I recently read an interesting meme online (by any meme necessary!) that said…

As an anti-corporate/anti-capitalist Puerto Punk-Funk-Hip Hop-Rocker from the Bronx, the Purple Yoda’s wise words resonated with me back when he made his declaration (of war)! Of course, Prince was a mega-superstar who had been on a major/corporate label for decades and had amassed his fame and fortune long ago, and could now comfortably afford to rage against the man from within his new power mansion without much risk of erasure, penury or invisibility. But what about alla us unsigned/underground/unhinged recording artists who don’t have major (or any) label affiliations/support/backing, advances, and money in the bank, or a legion of fans clamoring to hear our next hit at any cost (or BUY our old classics)? If you step away from la maquina, then what?

A big name recording artist who decides to bail on Spotify simply because they are home to the likes of Rogan are actually waging a very different battle than any indie artists are and ever have been. A celebrity, who has had their fame and (mis)fortune (and exploitation) sometimes for decades via the Music Industrial Complex, that is, the corporate contrivance, who chooses to strike out against Spotify's spotty track record for who they pay to speak (their mind), ain’t quite the same as the plight of a broke/unpaid, couch-surfing (or straight up homeless!) unsigned/unknown/unrecognized/underground recording artist who’s still tryna fight el poder while dealing with the necessary(?) evil of having their music on Spotify while not being paid shit in the hope of having some semblance of a music (as a) career and/or simply to be heard by the herd! Those recording artists who decide to go the route of tilting at the windmills that Prince advised us to rumble with, will simply be rendered that much more invisible by the music apparatus that (still) controls the game! Punto.

So although it may be a valiant move on the part of some famous (and wealthy) artists to speak out against Spotify’s $200 million relationship with Joe Rogan, the fact is, removing Joe Rogan (or any other racist/fascist/fucks) from Spotify’s playlist ain’t gonna end racism/white supremacy/exploitation any more than it’s gonna solve the problems of any music maker who is now only worth (and not even receiving!) .003% of a penny for their work/creativity that is streamed on Spotify.

Independent/unsigned/underground artists who know anything, have always been aware that they will make next to nada through streaming, just like we have always recognized that the nature of the music industry itself is consistently corrupt and shady as fuck (word to ATCQ!) We also know that many music makers have died broke while others are used/utilized simply to perpetuate the mythical you-too-can-be a-millionaire quest for the amerikan dream/cream/scheme (that Malcolm called a nightmare!).

By now, it ain’t no big secret that Hip Hop got hijacked, Salsa was suckered and Punk Rock is, well, punk’d, so maybe it's time we began thinking of tactics to decolonize our captive cultures, de verda, started discussing ways to take back our creativity, straight up, and came up with strategies to steal back our soul(s), finally! If we truly believe that the corporate co-opting culture creature (and its many tentacles) is all we got, then that is all we will (ever) have. And by now we should all know that nothing from nothing equals nada! It’s way past due time to start (shout out to Tracy Chapman) talkin’ ‘bout a (real) revolution (and I don’t mean your music in no Nike commercial) in how we think, act, do, create and fight - the powers that be!

Arm in arm with (anti-corporate) arms,